Freeform+Deform teamed up with David Adjaye Associates and Joanna Pertz Landscape Architecture to design a an affordable residential housing mix-used development located in the Bronx.

In keeping with recent large-scale developments that have helped reinvigorate the Melrose/Hub district of the South Bronx, our design team proposes a scheme to generate the new residential density upon which the economic success of the South Bronx hinges, with the sense of neighborhood and of place that promotes affordable living and creates communities. We began with the idea of a village. The village implies individual identity and– to a certain degree — self-sustainability. But a village is also an expression of density at an intimate scale. A village is a community.

This proposal for affordable housing on the Bronxchester site supports economic vitality with buildings that boldly address the scale of the South Bronx and the surrounding fabric. It is the distinctive personality or character of each of these buildings, though, that create a sense of“place”; a sense of urban intimacy. An extensive provision of new public spaces and a shared outdoor community space (made semi-private for the new residents by elevating it offthe street level) allows for these communities, or villages, to gather in a rolling green, transforming a public meadow from an amenity into a fabric that knits together the project together cohesively and communally. An assembly of distinctive buildings interspersed with a network of engaging programmed green and activity spaces will make the new Bronxchester Housing Development a site special within New York City. The introduction of the National Museum o fHip Hop to the site will make this address an international destination. 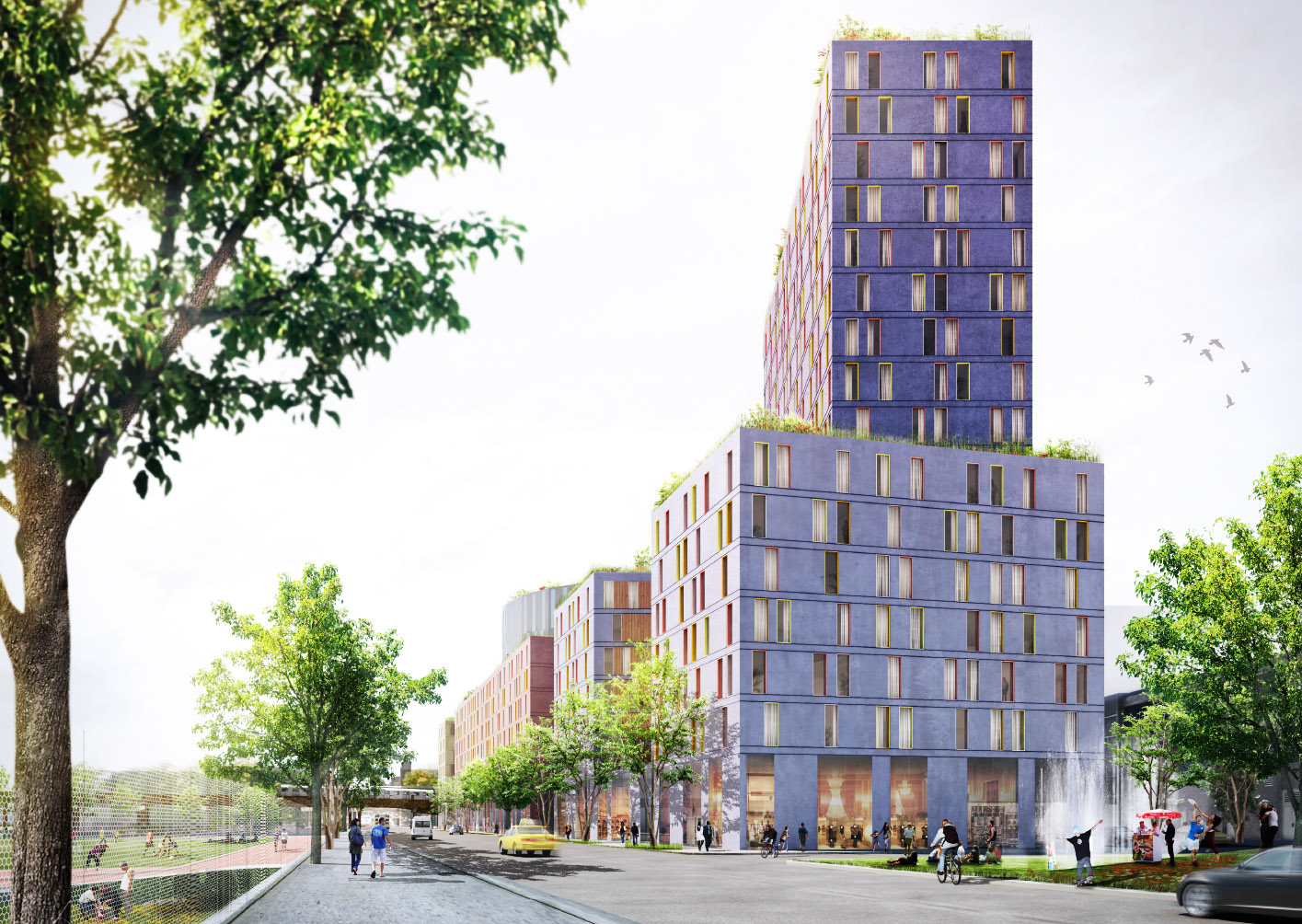 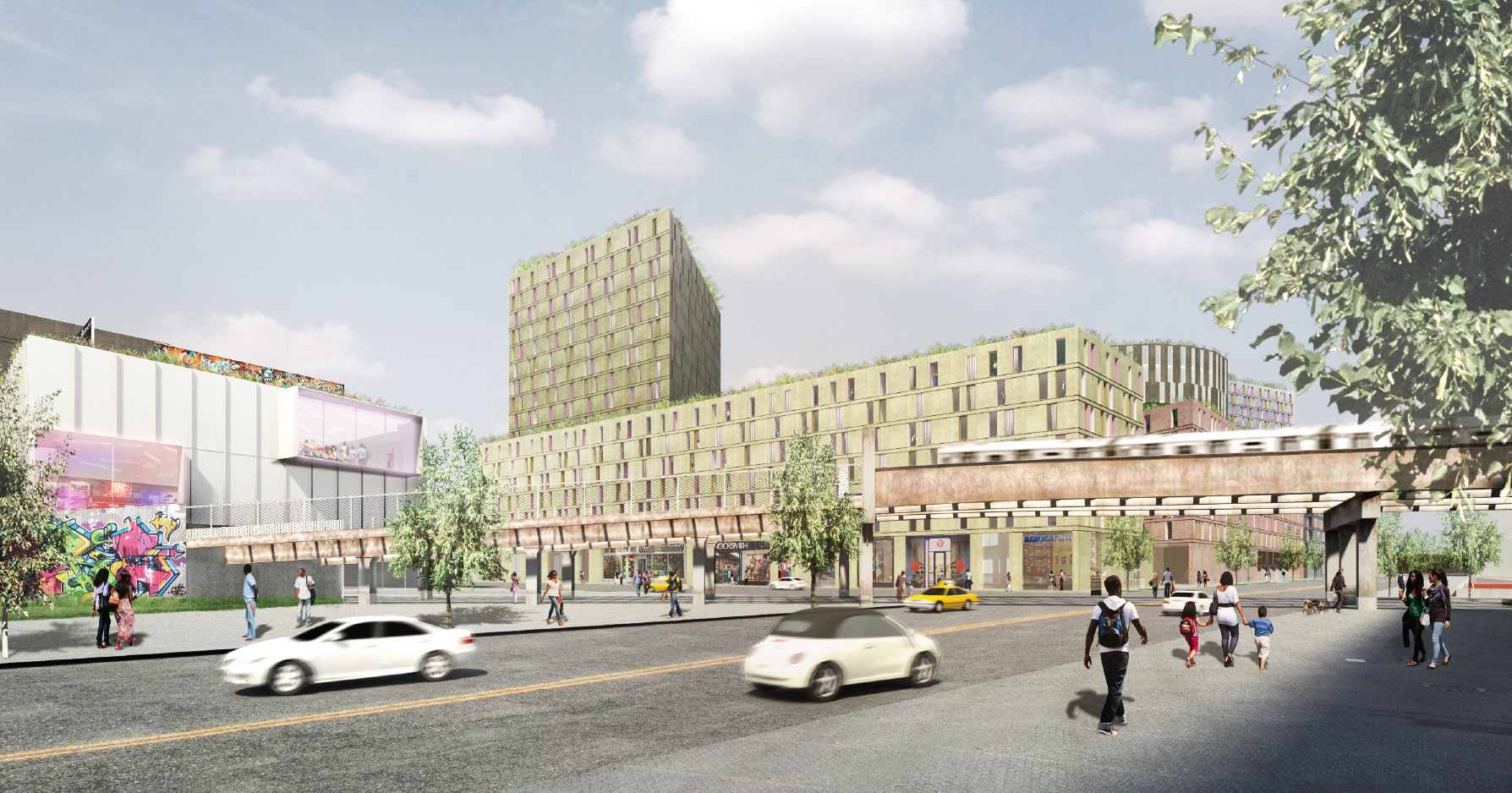 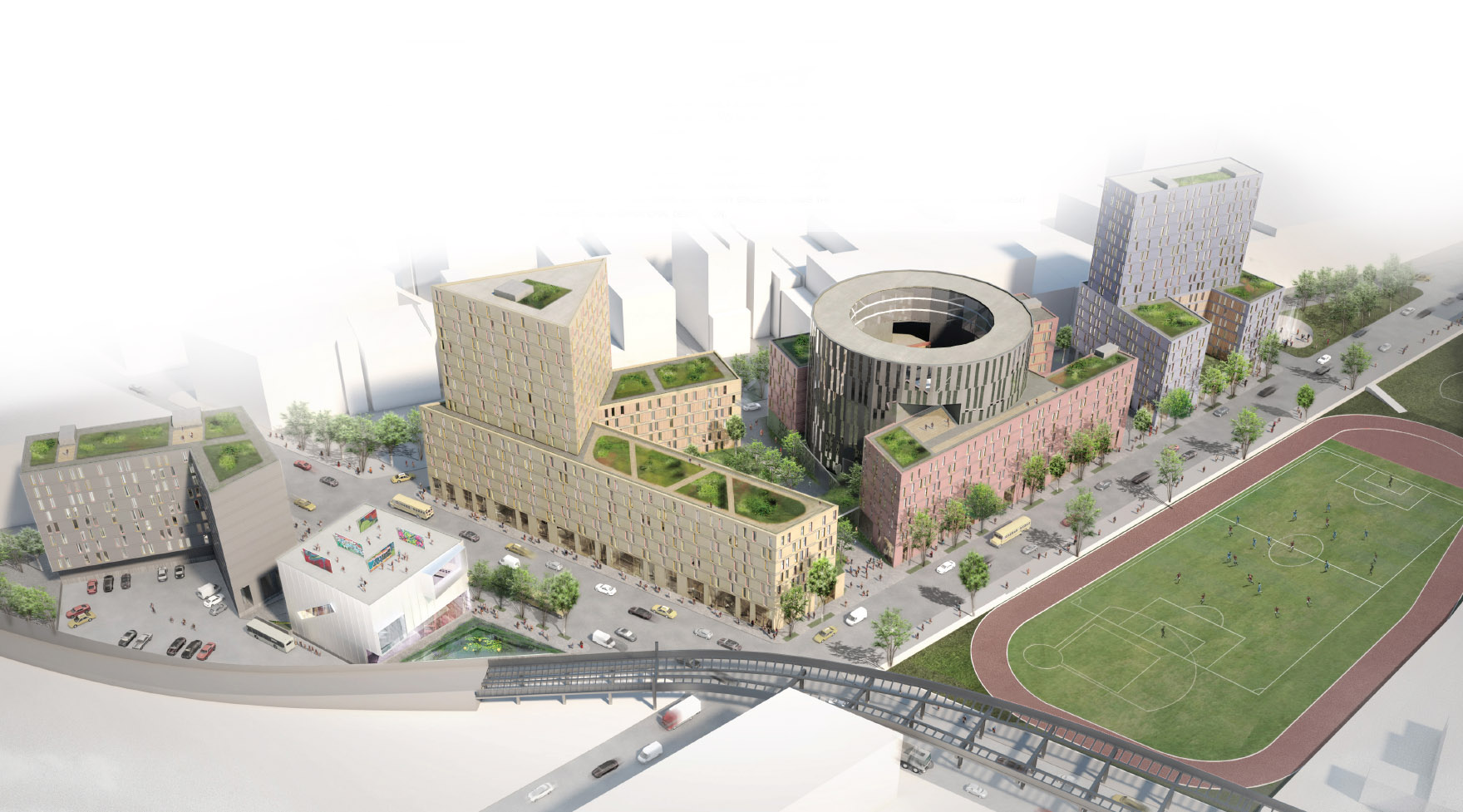 PREVIOUSTanzania Private Residence
BACK TO ALL PROJECTS